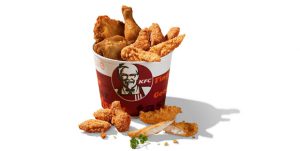 KFC opens up in Sweden with AirMaid in their ducts
At the end of November last year, KFC opened its first Swedish restaurant in Lockarp close to the Öresund Bridge. The restaurant company Nordic Service Partners (NSP) is responsible for the launch, which is the start signal for the establishment of KFC in Sweden. The next restaurant will open a few months from now in Karlstad.

Three AirMaid generators have been installed in the restaurant to reduce both cooking odour and the risk of fire. Although this is the first time that KFC has opened in Sweden, it is not the first time that the AirMaid and KFC have collaborated. There have been previous installations for KFC in, among other countries, France and Qatar.