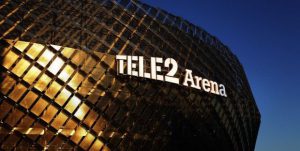 Did you know that the world’s best arena is in Stockholm? In July this year the Tele2 Arena was awarded the prestigious prize ‘The Stadium Business Award’ in competition with Madison Square Garden, Wembley Stadium and others.

At the Tele2 Arena you can enjoy world-class entertainment as well as one of the largest sports bars in Europe, a large beer hall, an on-site sausage maker and several restaurants.

One of the challenges in the construction was to ensure that no cooking or other odors from the restaurants could enter the stadium, where both music and world class sporting events are performed.

Interzon was commissioned and a total of 32 AirMaid units have been installed into the stadium’s restaurants, bars and pubs to effectively reduce odors and ensure visitors can enjoy their visit without being disturbed by cooking fumes.